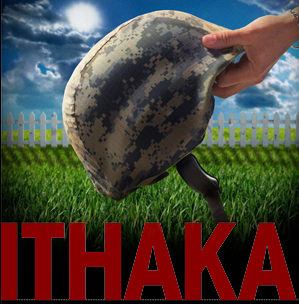 With Andrea Stolowitz, Drama Panorama for the first time has the pleasure of inviting an American playwright in person and introduce one of her most successful plays.

As usual, we will introduce the playwright in a discussion and a few selected scenes from her play in brand new translation in a staged reading. 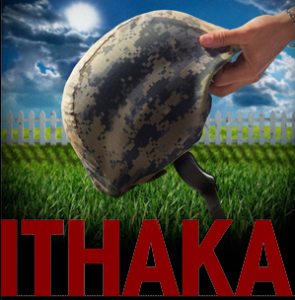 ITHAKA
Lanie has just returned from her latest tour in Afghanistan but this time things are different; home doesn’t feel right and nothing makes sense. After a blow up fight with her husband propels her to skip town, she undertakes an Odyssean journey through the American landscape battling her monsters, trying to find her way home.

She wrote a large number of plays and one-acts, many of which were successful and received awards, but it were particularly her three younger plays ITHAKA, ANTARKTIKOS, and KNOWING CAIRO that received many productions and awards and were even published in print.

Andrea is a founding member of the playwrights producing company Playwrights West.

Andrea Stolowitz currently enjoys a DAAD grant and a writer's residency at the English Theater Berlin.