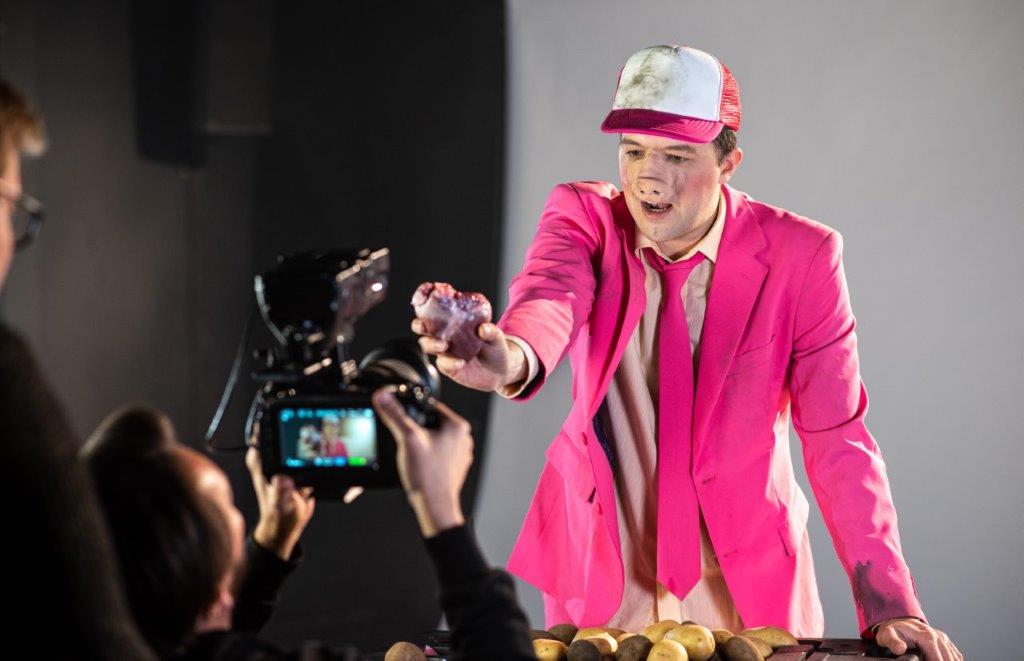 In the play Frühstück mit Leviathan, the guests invited to breakfast with the richest businessman in the world don’t have any scruples when it comes to getting richer themselves. The hero of his comedy Drei Tage oder Abstieg und Aufstieg des Herrn B. makes a career as a cunning banker. After an accident, he ends up on the street and, when he is robbed of every last cent, experiences the dark side of capitalism. The play Auf dem Weg zum Sieg leads us into the ranks of the k. u. k. army in the First World War and investigates the mentality of the war machine.

You can reserve your free ticket at the English Theatre Berlin.

The event will be in German. The discussion will be interpreted into German.

After completing his training as an electrician and mechanic, Roman Sikora worked at the steelworks in his hometown of Třinec, before he studied directing and dramaturgy at the Janáček Academy for Music and the Performaing Arts in Brno. Today he works as a freelance playwright and theatre critic, translates from Polish (e.g. Małgorzata Sikorska-Miszczuk) and teaches playwriting at the faculty of theatre at the Academy of Musical Arts in Prague.

Sikora’s plays have been translated into many languages and performed internationally.

Barbora Schnelle works as a freelance translator, theatre critic and culture manager. In 2009, with Antje Oegel, she founded the project Drama Panorama: Forum für Übersetzung und Theater. In 2014 she founded the festival of contemporary Czech theatre Ein Stück: Tschechien in Berlin, which she has run and curated since then.

An event by Drama Panorama: Forum für Übersetzung und Theater e. V. as part of the project panorama #2: übertheaterübersetzen, funded by the Federal Government Commissioner for Culture and the Media and the Deutscher Übersetzerfonds as part of the Neustart Kultur programme as well as the Deutsch-Tschechischen Zukunftsfonds. In cooperation with Neofelis Verlag and the taz.