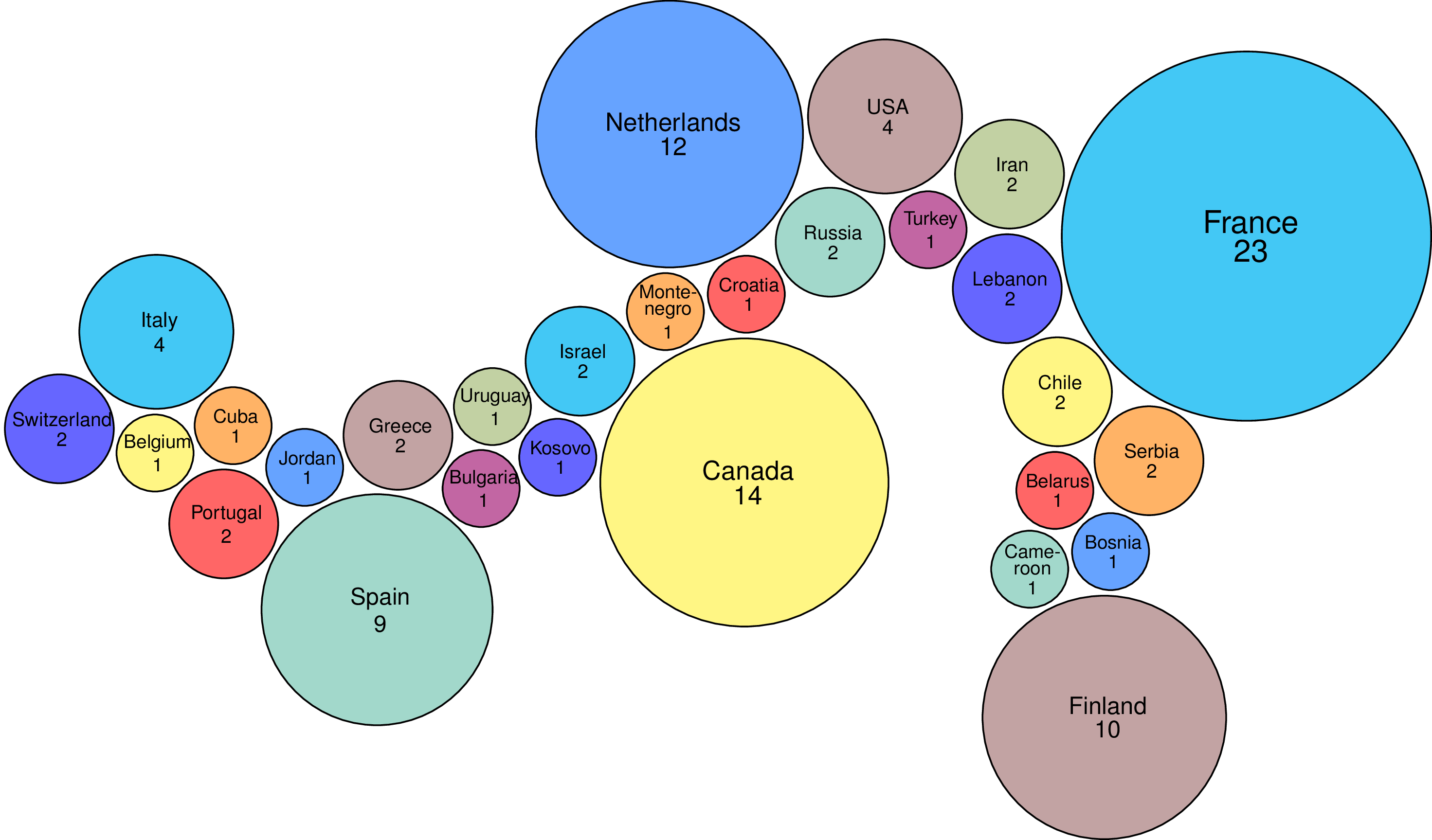 by Lisa Wegener
Translation into English by Fiona Mizani

The second volume in the anthology series Drama Panorama published by the Drama Panorama association (Drama Panorama: Forum für Übersetzung e.V.) and Neofelis Verlag, aims to bring into focus alternative artistic positions and non-binary realities within contemporary drama. An international call for queer plays was broadcast in December 2017. The aim was to gather a diverse body of queer work and, instead of defining the term “queer”, the call for submissions included a vague outline of the kind of political perspectives we were interested in. The wide range of pieces submitted provides a vivid picture of the various forms this discourse takes.

REFLECTIONS ON THIS ANTHOLOGY

Most local theatres continue to be run by men, and more than eight out of ten plays staged in Germany are penned by male authors. Strong female characters are still scarce and non-gender-assigned characters are practically non-existent. Although an increasing number of pieces are being staged in Germany that deal with gender issues or describe homosexual realities, many of these subscribe to an Anglo-American or European tradition and/or show only selected mainstream-friendly extracts of an otherwise subversive movement. In such pieces, the “domesticated” queer often appears tamed or toned down, “defanged” (Campbell/Farrier as cited in Schildrick, 2016).

While the lack of queer feminist and emphatically non-binary perspectives can still be explained by social structures in theatres and educational establishments, it is also caused by continued discrimination against radical artists whose works, for lack of suitable stages or because of strong backlash, for example in the countries of the Global South, the Balkans, the Middle East etc., are in the minority. These works are then often characterised by the same milieu affiliation and an intense willingness to identify with it.

Alongside a concern for the political implications, we are also motivated by an interest in questions of translatability. What language do German speakers find for radical subjective positions which, in their pursuit of “disidentification” (Muñoz, 1999), represent a complete rethink of the universality of a discourse, what equivalents for its terminology and the nature of its aesthetics? This dimension should be explored in special translation workshops with the opportunity for exchange on aspects of content, form, history, politics and the philosophy of language.

A recurring struggle in the translation of queer drama revolves around “the in-between”. Sometimes this is inherent in the language itself, or is a part of the aesthetics or narrative of the piece etc. The task of translation is to produce a playful adaptation of the phenomenon, which requires comprehensive knowledge of the genre and a certain sensitivity in the use of LGBTQIA*-related terminology and intertextual references. Translation also plays a mediating role, particularly where the empowering potential of queer drama and non-binary concepts falls victim to audience-grabbing storylines.

There is no shortage of theories on the subject of translating drama, but before we look at the difficulties presented and creative approaches to solving them (discussed elsewhere), we should first attempt at least a rudimentary classification of the body of work submitted.

In the course of the last 12 months, more than 130 texts have been sent in from 24 different countries. We aimed to attract plays from cultures where queer art is still an exception, because that which is radically queer in Senegal, for example, where same-sex relations are prohibited by law (which is, by the way, a striking instance of colonial legacy, as the law in question is a relic of French colonial rule), is widely accepted in, let’s say, the Netherlands, where same-sex marriage and the official third gender have been enshrined in law for years. But, it seems, the so-called Global North is rather over-represented.

In fact, the material we received reflects, first and foremost, our own language focus and the cultural backgrounds spanned by our network (Drama Panorama, buerozwei.berlin etc.). Many plays were submitted in (raw) English translation and, although this aided evaluation, it did raise issues of representation. The worldwide dominance of English should not be underestimated, and it is crucial, when working with languages that have long dictated the globalised narratives and terminologies of gender and feminism, not to reproduce these without questioning them.

The diagram shown above, and the designation of countries of origin are, moreover, only partly representative, as many of the works’ creators have long shifted the focus of their life and work, not least due to the threat of repression. With the word “globalisation” no longer sufficient to describe the strength of relationship built through exchange and travel, the term “translocality” lends itself, in particular, to the processes of exchange and networking of stakeholders and ideas that, in turn, then affect local processes. Thus, although it is difficult for local LGBTQIA* structures to escape Anglo-American dominance, through the circulation of artists, activists and ideas, they do spawn new forms of emancipative local and notional structures which frequently reflect back into the local setting.

The issue of origin led us to question of form: The “biopic” is, without doubt, one of the most popular forms, for example Soita minulle Billy (Heini Junkkaala), the story of transgender jazz musician Billy Tipton, who lived and worked in the early 20th century, or the play Gertrude and Alice by Canadians Anna Chatterton and Evalyn Parry, in which Gertrude Stein and her partner Alice B. Toklas philosophise about Gertrude’s work and standing in the Paris art scene, or Barbette by Bill Lengfelder, etc.

In second place comes the queer performance or drag show. Here the text of the play mostly includes precise descriptions of the stage including props, movement within the space, songs, interaction with the audience, make-up and wigs. Whereas drag shows were long considered a subversive genre, they are now performed all over the world, with the language of the “performance” often being English. A classic is No strings attached by Canadian artist Sunny Drake, who picks out as a central theme the dominance of the white cis male body within the gay community.

Finally, we examined the body of work submitted in terms of its recurring themes and narratives:

THE IN-BETWEEN
Many pieces in this anthology evolve from a very central notion: that of the “in-between”. Flowers and other natural elements often serve as metaphors for intersexuality, genderqueer identities and the “in-between”. This can be seen in the short text Chou-Fleur by Servane Daniel, about an intersexual child who is given the name Chou-Fleur (English: cauliflower) at birth, as it is neither flower nor cauli/cabbage. The imagery employed here demonstrates a playful handling of the impossibility of assigning a clear gender. In Le gène de l’orchidée, Lucie Vérot reflects on the orchid as a symbol for an escape from the two-gender system.

Narratives involving utopic, dystopic and science fictional worlds open up infinite space for creative solutions. The Finnish play Taikanaksutin by Salla Viikka depicts a child who has been assigned the “wrong” soul-colour at birth. A supernatural and non-binary being wants to help her out and gives Hanna a super-switcher device, a kind of remote control that allows her to change gender. Finnish does not distinguish in the third person singular between male or female, the neutral “hän” being used for all genders, a grammatical ambivalence that has led many Finnish authors to play around creatively with the question of gender (Salla Viikka, Emmy L. Karhu, Eeva Turunen etc.).

The piece Vers où nos corps célestes by Julie Ménard, written together with an astrophysicist, features a science fiction universe with a “language of the future”. In Toen gingen we onder de grond Zitten, Miriam Boolsen creates a dystopic world where religion and social norms are taken ad absurdum, a foretaste of the “in-between” appears here in abstract forms of openness.

QUEER BODIES AND QUEER DESIRE
The politics of the queer body and queer desire are addressed via drug excess (Jan Fabre, Drugs kept me alive), sex work (Jason Danino Holt, Whore) and self-destruction and the death drive (Nina Rapi, Angelstate). The vulnerability of the queer body is dealt with in Lazna dojka by Slovenian performer Urban Belina, who explores transition-related health issues. Tuppergender by Italian performance duo Goghi&Goghi, is an intersectional didactic play about a wheelchair-bound transgender boy. In the piece, stereotypes surrounding trans identity and the physically handicapped are played off against each other with a charming sense of self-irony.

In Kimsenin ölmediği bir günün ertesiydi by Ebru Celkan, Umut (meaning “hope”) narrates the story of her man-to-woman gender reassignment, the reactions of her family, prostitution, drugs, routine harrassment by the police, as well as the solidarity and fighting spirit within the community. In Gender by Magne van den Berg, two teenagers wax philosophical about both the annoying and uncool as well as the cool and liberating aspects of issues of gender politics.

META PLAYS
Also very popular are meta plays discussing gender roles in the context of the theatre industry (Jotain toista by Finnish playwright Milja Sarkola), a reference to the concept of gender (social gender) as a performed category. Jen Silverman’s Collective Rage: a play in 5 Betties is also, to some extent, a meta play. In this tragic-comic story five Betties are rehearsing Shakespeare’s play-within-a-play Pyramus and Thisbe, a project which, among other things, leads to brutally honest self-reflection and an awakening queer desire. In Princess by Tjeerd Posthuma, a theatre actress resists the pornographic stage directions of her director. This piece also uses a play-within-a-play to examine the inherent objectification of women.

QUEER LOVE
Of course, romantic love is one of the most recurring subjects. Serbian author Olga Dimitrijević uses magic realism in her play Kako je dobro videte te opet to explore the subject of homosexual love between older people. Serbian, too, lends itself to linguistic openness, especially when it comes to the nature of a relationship between two older ladies fighting for recognition of their love. Michel Beretti’s Poisson braise is a love story between two women in Sub-Saharan Africa. The prohibition of homosexual love, a relic of colonial days, proves fatal to their relationship.

Under the skin by Yonathan Calderon is a haunting piece about lesbian love in the Third Reich. Anneliese Kohlmann, a concentration camp guard, falls in love with the Jewish prisoner Lotte Rosner and attempts to escape with her. However their escape is foiled and there are drastic consequences for Lotte. After the end of the war, Anneliese is exposed as a Nazi soldier by her lover, and is hanged.

Wherever heteronormativity and the two-gender system begin to crumble, new narratives emerge of a future that allows difference without discrimination. Visions of a new awareness of privilege and alternatives to cultural and biological essentialism lead to fresh intellectual approaches and find expression in creative form. The pieces presented here, and many more besides, make up the body of work from which the anthology International queer drama will emerge. We cannot mention here all the pieces that seemed to us relevant and memorable, but we hope that they will find mention elsewhere or even make their way onto international stages. We thank all authors for their submissions and would love to read more of your work in the future. The shortlist will hold a few surprises and will be presented soon. In the meantime, we would be happy to receive any comments, criticism or corrections.

Note: This essay resulted from a lecture given at the conference TRANSLATING FEMINISM which took place in May 2018 in Glasgow.

Cancel reply
We use cookies to ensure that we give you the best experience on our website. Do you accept cookies?YesNoRead more