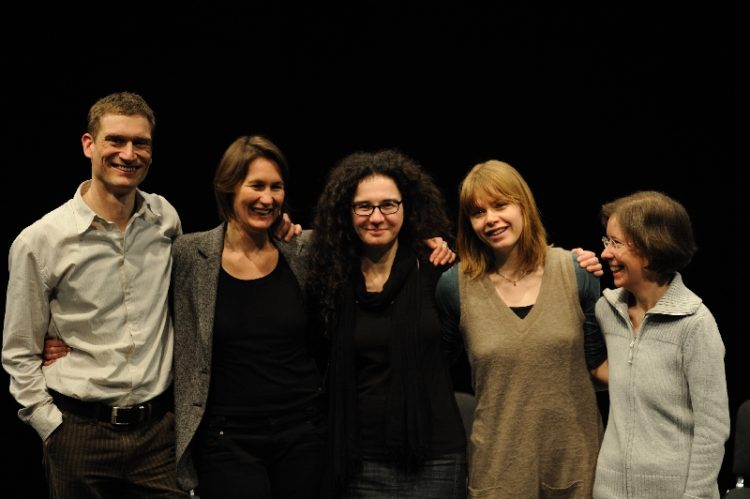 The Translator as Scout – we will discuss with experienced translators about how to best introduce international plays in your own country (workshop for theater translators, please rsvp)

Agents and Publisher are a integral part of the international theater exchange. They discover and develop new talent, commission translations and connect playwrights with theaters. They collaborate closely with dramaturgs and influence actively the current theater scene.

Our guests represent some of the most important playwrights of our times, such as Mark Ravenhill, Caryl Churchill, Sarah Kane, Roland Schimmelpfennig. They will introduce their work and introduce new plays within the context of the theater scenes in their countries.  The evening offers an opportunity to learn about different agency modells and to exchange ideas.

Kateřina Bohadlová is an agent with the agency for Theater, Literature, and audioviusal media DILIA in Prague. The agency represents international playwrights, such as Thomas Bernhard, Mark Ravenhill, Sergi Belbel, Dario Fo, Neil La Bute, Roland Schimmelpfennig as well as many important Czech and Slowakian playwrights, such as David Drábek, Pavel Kohout, Jan Hřebejk, Viliam Klimáček. Kateřina studied Roman and German Studies, translates plays from Italian and Germn into Czech and teaches at the Academy of Arts in Prague.

Mel Kenyon was Literary Manager at the Royal Court from 1989 to 1992. In 1992 she joined the agency Casarotto Ramsay and Associates Ltd. and since then has built up a list of formidable playwrights including Mark Ravenhill, the late Sarah Kane, Simon Stephens, Dennis Kelly, Zinnie Harris, David Harrower and David Greig.

Moritz Staemmler is an agent with Felix Bloch Erben, one of the oldest theatrical agency in Germany. He is responsible for theater and music and for international contacts. The agency represent playwrights such as Gerhart Hauptmann, Friedrich Dürrenmatt, Georg Kaiser, contemporary playwrights such as Anja Hilling, Eva Rottmann, Jan Liedtke, Conor McPherson, Christian Lollike and musicals i.e. CABARET.

The newsletter is published irregularly.

Unsubscribe from the newsletter here.