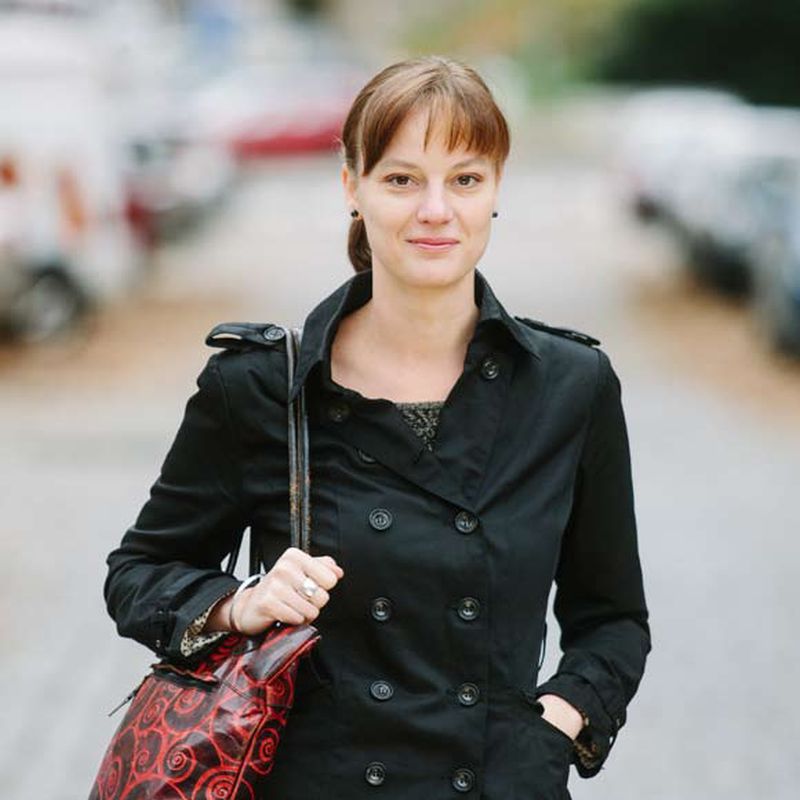 Kateřina Rudčenková (born in 1976) is a Czech poet, prose author and playwright. She studied at the Jaroslav Ježek Conservatorium (with a focus on song lyrics and script-writing) and Economics at the Czech University of Agriculture in Prague. She has published four volumes of poetry: “Ludwig” (1999), “Není nutné, abyste mě navštěvoval” (“No Need to Visit Me” 2001), “Popel a slast” (“Ashes and Lust” 2004) and “Chůze po dunách” (“Walking on Sand dunes” 2013). For the latter, she was awarded the 2014 Magnesia Litera Prize for Poetry, one of the most important Czech literary prizes. Her stories have appeared in the collection “Noci, noci” (“Nights, Nights”, 2004). Her play “Niekur”, for which she received the 2006 Alfréd Radok Prize, premiered in 2008 at the Prague Theatre. A staged reading of “Čas třešňového dýmu” (“The Time of the Cherry Smoke”) took place at the Immigrants’ Theater in New York in 2008. In 2003, she received the Hubert Burda Prize for Young Eastern European Poetry. In 2007, she took part in a residency for foreign playwrights at the Royal Court Theatre in London. She has taken part in numerous international literature festivals. Her direct, sensual poetry with autobiographical connotations has been translated into twenty languages, a selection of which has appeared in German entitled “…nicht nötig, mich zu besuchen” (“No Need to Visit Me”), Klagenfurt: Wieser Verlag, 2002, as a bilingual edition.

The project is funded by the Deutsch-tschechischer Zukunftsfonds, The Institute of the Arts – Theatre Institute Prague, Dilia o.s., agency for theatre, literature and the audiovisual arts